Searles is said to have employed the finest masons and woodworkers, and imported marble and artifacts from Europe to furnish it.

Edward Francis Searles was born on July 4, 1841, in Methuen, Massachusetts. At the age of thirteen he went to work in a cotton mill to support his widowed mother and his brother. His love of art and music, later to be his hallmark, were in evidence early in his life. At the age of twenty-one he was teaching piano and organ in Bath, Maine.

In 1875, after an apprenticeship with a Boston firm, Searles became an interior decorator for the prestigious Herter Brothers of New York City. In 1881, he met Mary Hopkins, a Herter Brothers client, in San Francisco. Her husband, Mark Hopkins, part-owner of the Southern Pacific Railroad, had died in 1878. He left his wife an inheritance of sixty-one million dollars.

Mary Hopkins commissioned Searles to design the interior of her Nob Hill home, and to work on Kellogg Terrace in her birthplace of Great Barrington, Massachusetts. They were married on November 8, 1887 in New York City. He was forty-seven; she was about sixty-seven. From Mary’s death in 1891 until his own, Searles was involved in building projects in Methuen, Massachusetts, as well as Salem and Windham, New Hampshire. He died in 1920. 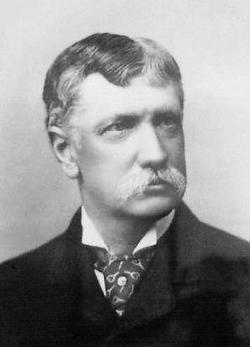 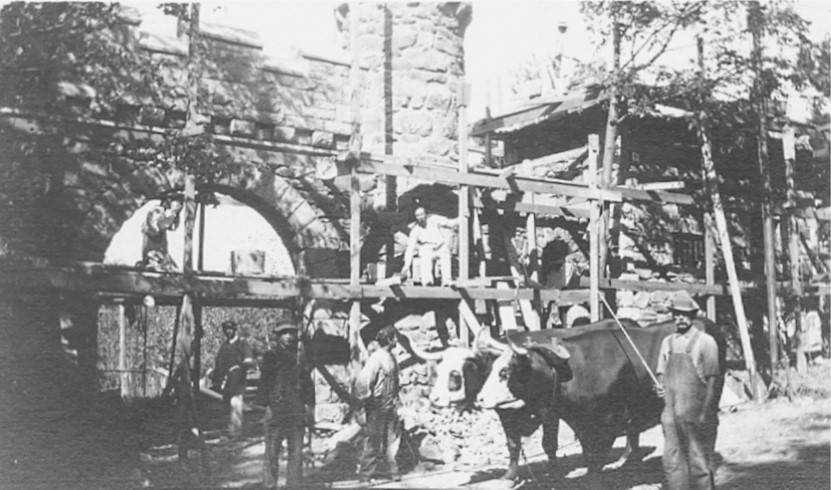 Searles hired architect Henry Vaughan to design Searles Castle. It is built of cut granite, fieldstone, and dark red sandstone, most of which came from Searles’ own quarries in Pelham, New Hampshire. The castle is situated high atop the 175-acre (71 ha) Searles estate. The cost of construction was about $1,250,000.

Completed in 1915, the castle consists of an entrance, a reception hall, a foyer, a dining room, a music room, a sun porch, a library, a grand stairway, a second floor guest suite, a third floor guest suite, a second floor rotunda (or balcony), servants’ rooms, a kitchen, a butler’s pantry, butlers’ rooms, and a master bedroom suite which consists of a master bedroom, a sitting room, a bathroom, and a sun room. Examples of the fine work are found in the carved oak balcony, and the marble fireplaces.

The castle was intended to be a 1/4-scale replica of the medieval Tudor manor of Stanton Harcourt in Oxfordshire, England, but since most of the manor had been torn down in the 18th century, the castle bears little resemblance to the historical structure. It was listed on the National Register of Historic Places on January 11, 1982 as the Searles School and Chapel.

Due to water damage and other problems, the castle was closed for about five years to perform extensive repairs. During this time, Castle College moved to a wing of the Sisters Of Mercy motherhouse on the property. The roof was then replaced, and in 1990 the decision was made to reopen the castle.

In 1991, in an effort to restore the interior of the castle, a “Decorators’ Showcase” was held. Through the generosity of those interior designers and contributions received over the years from many benefactors, the interior of the building has been refurbished. Since that time, the castle has been available to the public for social, cultural spiritual and business events. 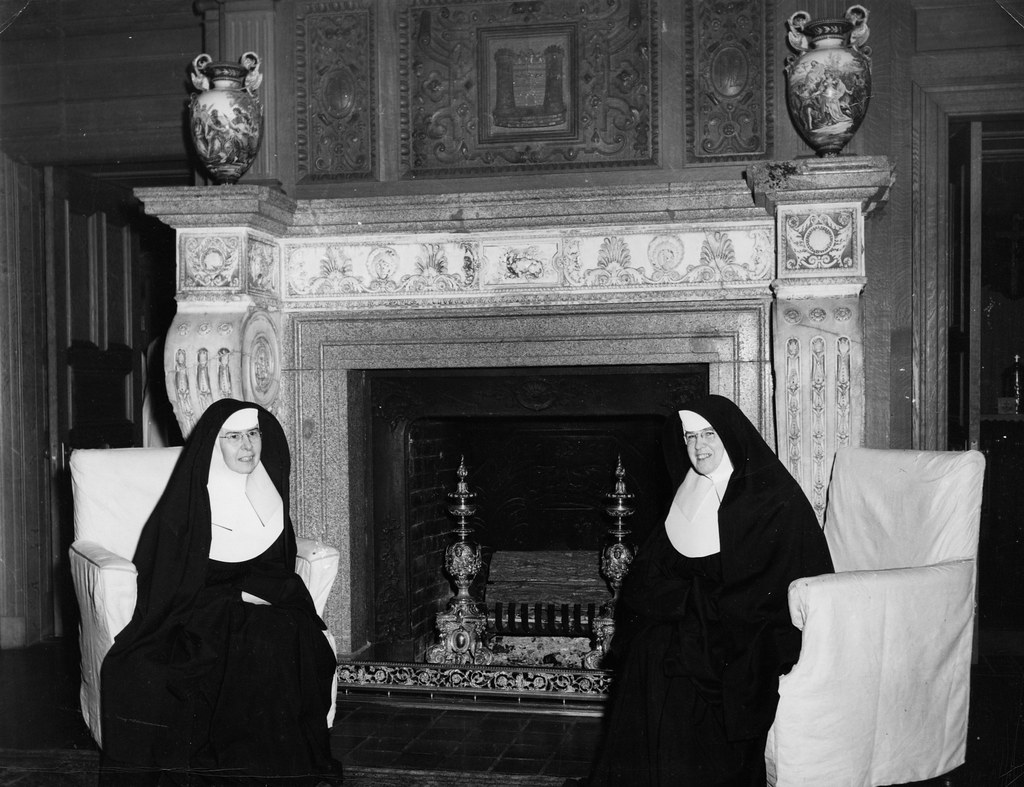 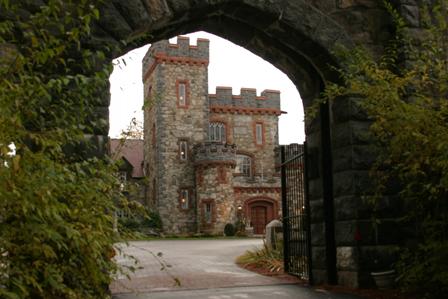 In March of 2019, the Sisters of Mercy sold the Castle property to 23 NHC, LLC, who has made it their mission to preserve the Castle and continue to provide a beautiful location for events. In November of 2019, a new company, NHC Events, LLC, assumes the management of all events and continues to provide an impressive backdrop for your amazing event.